Structure of the global energy consumption (1996) 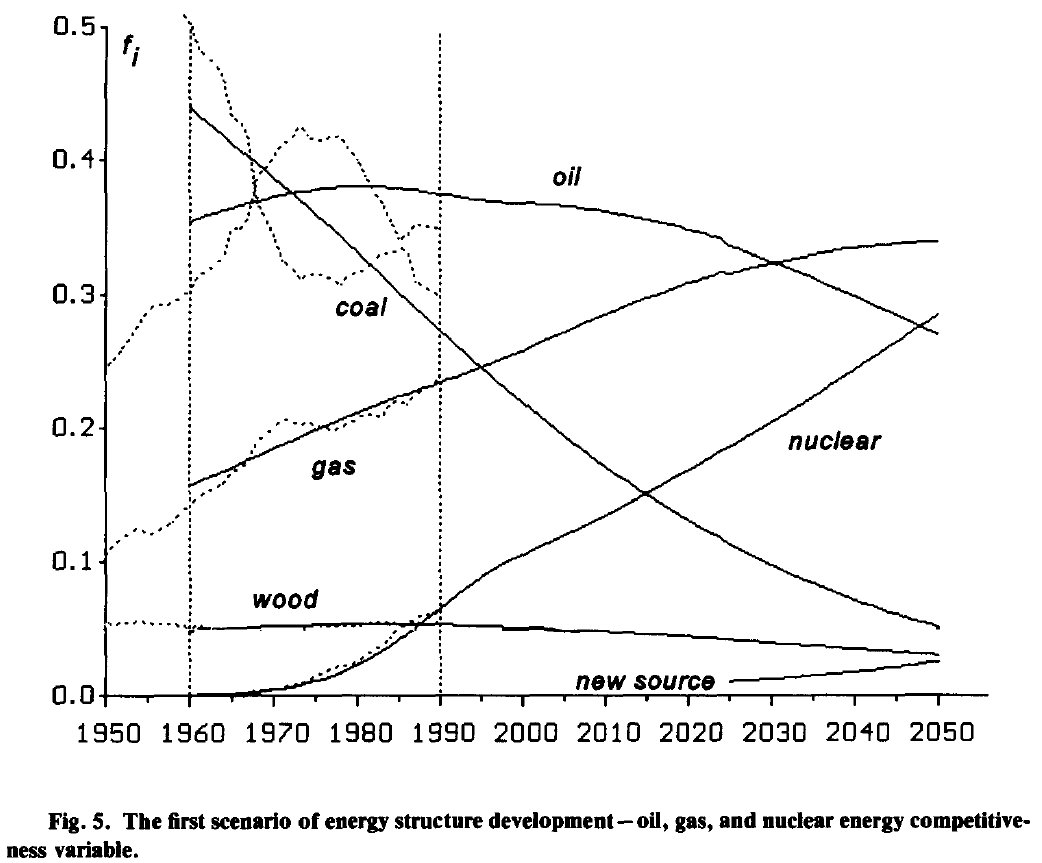 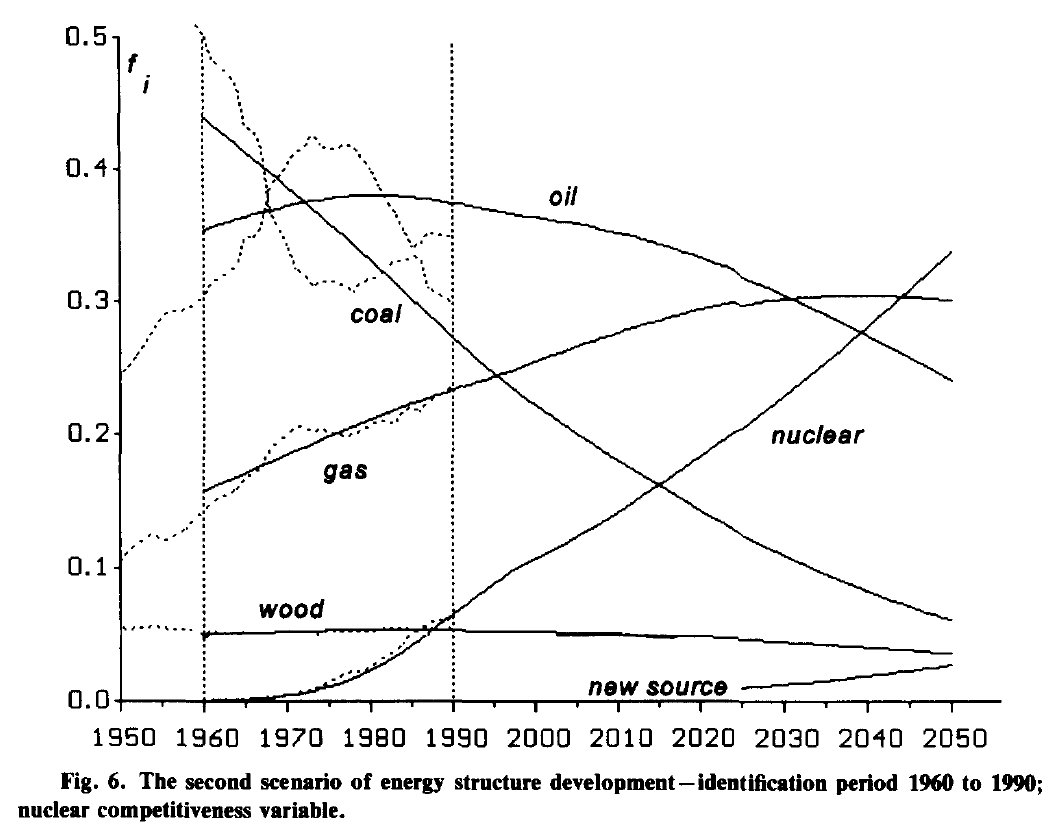 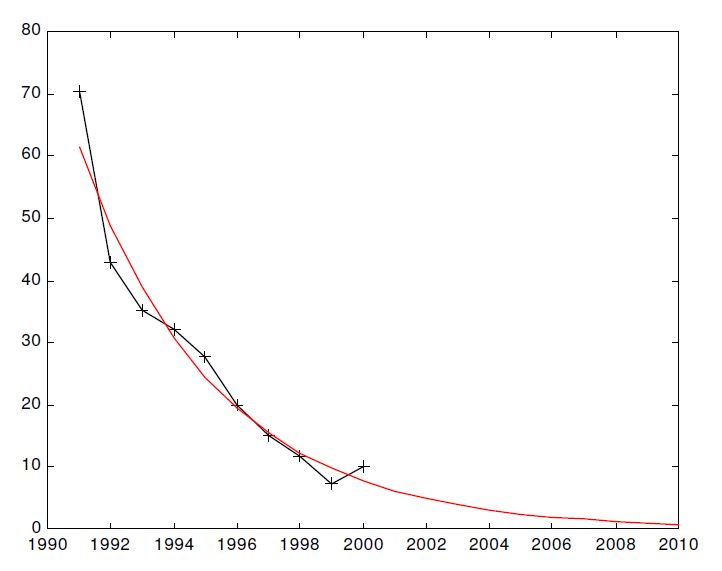 China, India and the future of the global economy (2011)

Scenario of development of future structure of the global GDP –  the six regions/countries: USA, E12, Japan, China, India and the Rest of the World
(2011)

“… we assume that US economy will be able to revive in the next ten years and will return to its relatively high competitiveness after 2020, the European countries (mainly due to bureaucratic burden of EU) will start necessary reforms ten years later, and will slowly revive after 2030, Japan will follow the same pattern of reforms as US, although their results will be not so impressive (therefore the end competitiveness in 2050 of Japan is slightly smaller than US in 2050); China will be able to be the most competitive economy in the next decade, but mainly due to the lack of the political reform the economy will lose its vigorousness after 2020; thanks to the democratic system and openness of Indian economy the India will became the most competitive economy since 2019 to 2044.

… the evolution of the structure of the global GDP (under the above assumptions) is presented. The Chinese economy overcome the US in 2011 (with roughly 20% shares of global GDP by both economies) and will still growth to reach the maximum share equal to 28% in 2027, in the next two decades (still being the largest global economy) its share is dropping to reach 24.5% in 2050. The second largest economy will be US, but its share will still decline to reach the minimum 18.3% in 2027. Since that year the share US economy will rise to reach 22% in 2050 (roughly the same as China). The share of Indian economy will growth steadily to reach almost 16% in 2050 (and being the 3rd World economy). Total share of twelve European countries (E12) will keep the past tendency to decline, but, due to the reform initiated in 2030s, in middle of the century will reach a plateau with the share equal to 10%. The same pattern of development will experience Japan, but the plateau (roughly 5% share) is reached by Japanese economy in the beginning of 2030s.”

Let’s look into a future: