How many kilograms of carp Poles were able to buy for their average salaries?
Carp index.

(Carp is one of the Polish traditional dishes of Christmas Eve dinner.)

The four men in the diagram are: (from the left) Wladyslaw Gomulka, Edward Gierek and Wojciech Jaruzelski (the first secretaries of the Polish United Workers’ Party) and Leszek Balcerowicz (the first Polish liberal-reformer).

How many  kilograms of ham Poles were able to buy for their average salaries?
Krakus index.
(‘Krakus’ is well known Polish ham, therefore the name ‘Krakus index’.) 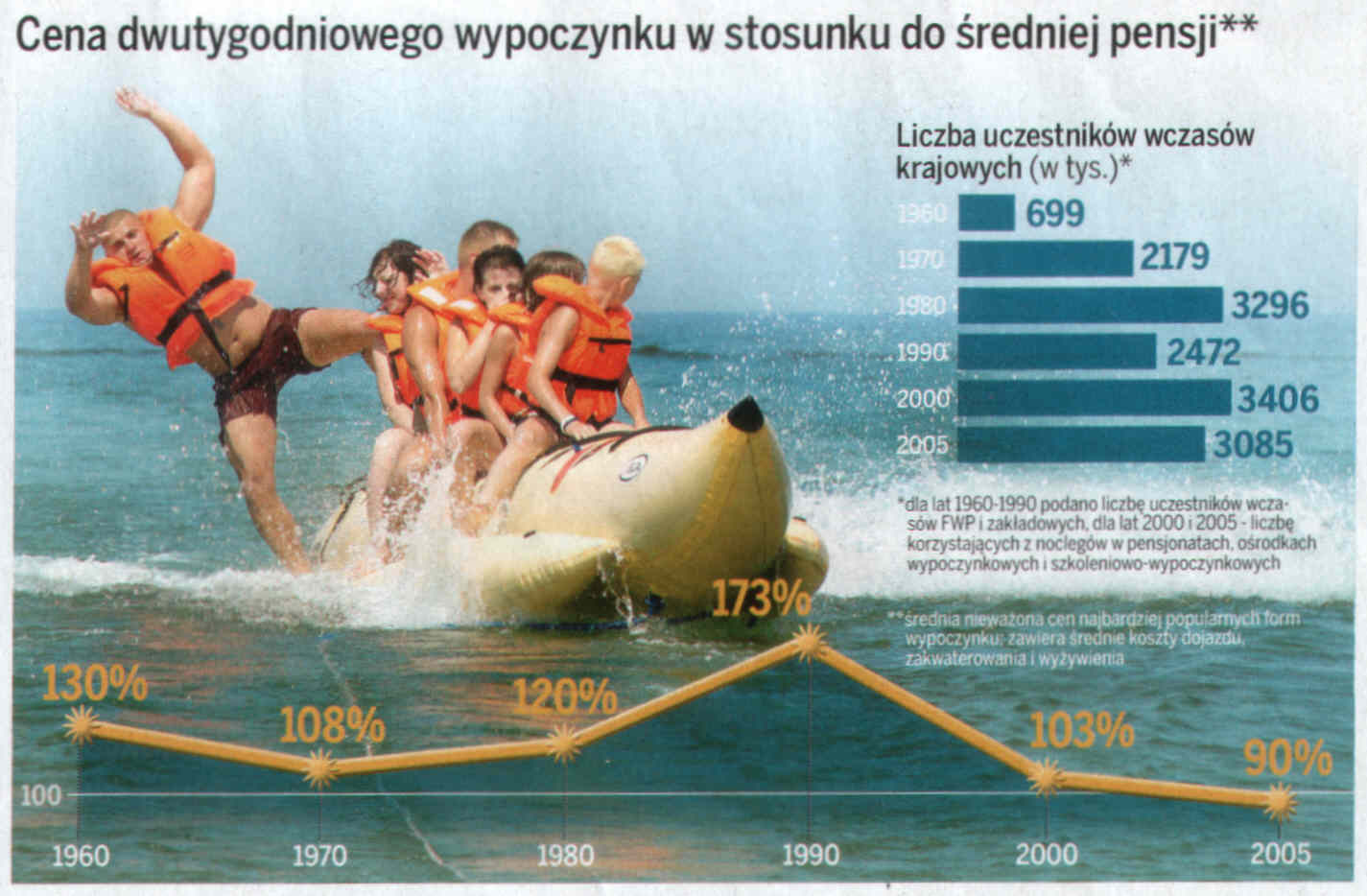 Competitiveness of Poland and USA 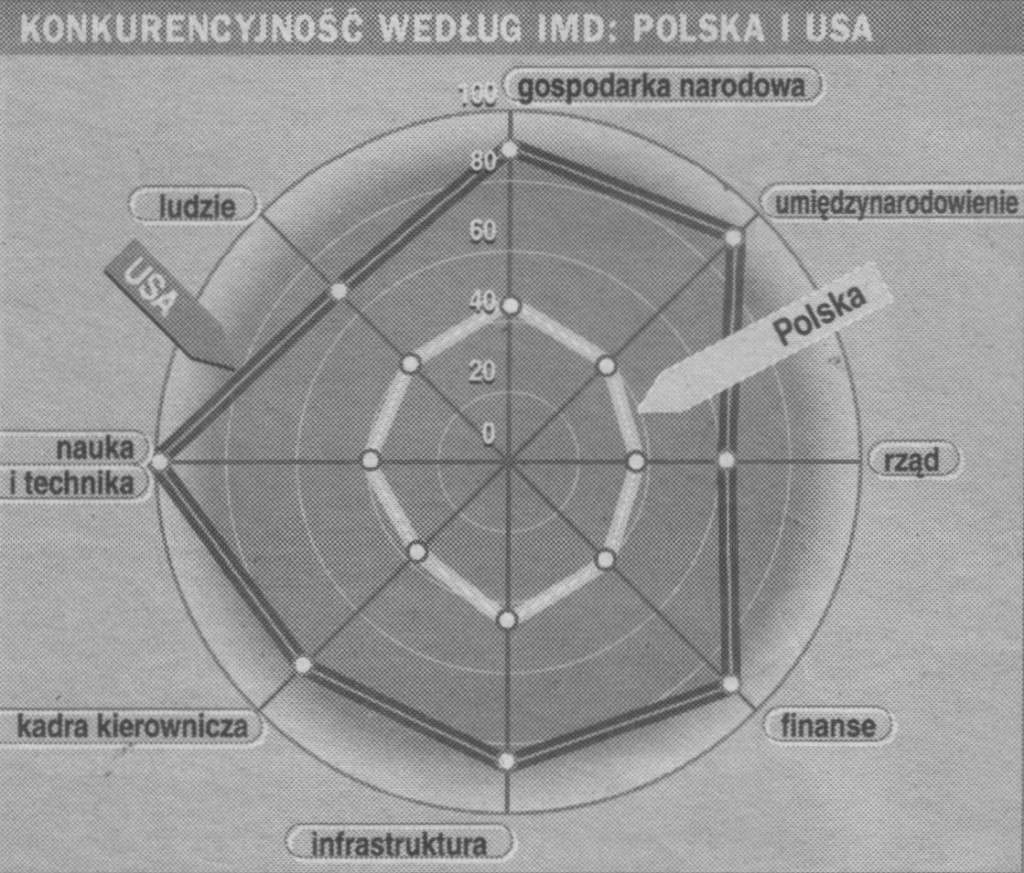 Polish names in the figure mean (clockwise from the 12.00):

Polish names in the figure mean :

America’s workers are more productive than Europe’s, and the gap is widening. But several European countries have higher levels of output per man-hour than the United States. America can claim to have higher living standards, as measured by GDP per person, only because more people are employed and they work longer hours. By contrast, France, ranked third in productivity, ranks only 16th in GDP per head.