“I dream of painting and then I paint my dream.“
“Maybe God made me a painter for people who aren’t born yet.”
“I often think that the night is more alive and more richly colored than the day.”
Vincent Van Gogh
“Seek only light and freedom and do not immerse yourself too deeply in the worldly mire.”
(The Letters of Vincent van Gogh)

Man is not placed on the earth merely to be happy; nor is he placed here merely to be honest, he is here to accomplish great things through society, to arrive at nobleness, and to outgrow the vulgarity in which the existence of almost all individuals drags on.

“I must continue to follow the path I take now. If I do nothing, if I study nothing, if I cease searching, then, woe is me, I am lost. That is how I look at it — keep going, keep going come what may.
But what is your final goal, you may ask. That goal will become clearer, will emerge slowly but surely, much as the rough draught turns into a sketch, and the sketch into a painting through the serious work done on it, through the elaboration of the original vague idea and through the consolidation of the first fleeting and passing thought.” (Vincent van Gogh)

“When we are working at a difficult task and strive after a good thing, we are fighting a righteous battle, the direct reward of which is that we are kept from much evil. As we advance in life it becomes more and more difficult, but in fighting the difficulties the inmost strength of the heart is developed.”

“There are things which we feel to be good and true, though in the cold light of reason and calculation many things remain incomprehensible and dark. And though the society in which we live considers such actions thoughtless, or reckless, or I don’t know what else, what can we say if once the hidden forces of sympathy and love have been roused in us? And though it may be that we cannot argue against the reasoning sentiment and to act from impulse, one would almost conclude that some people have cauterized certain sensitive nerves within them, especially those which, combined, are called conscience. Well, I pity those people; they travel through life without compass, in my opinion.” 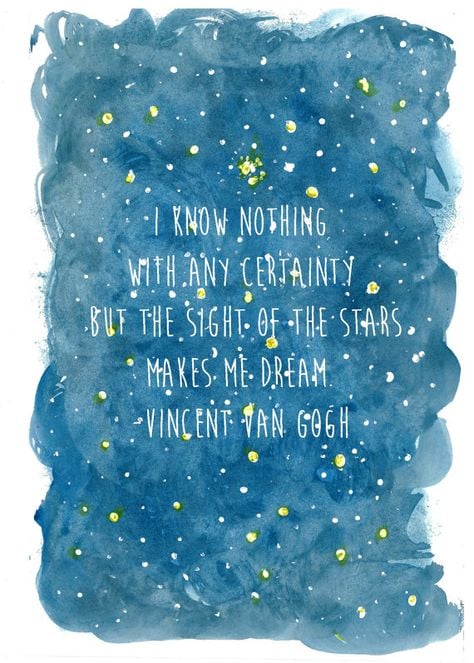 Look at the centre of the upper image for 30 sec  (here)
Then watch Van Gogh’s *Starry Night* below.
StarryNight 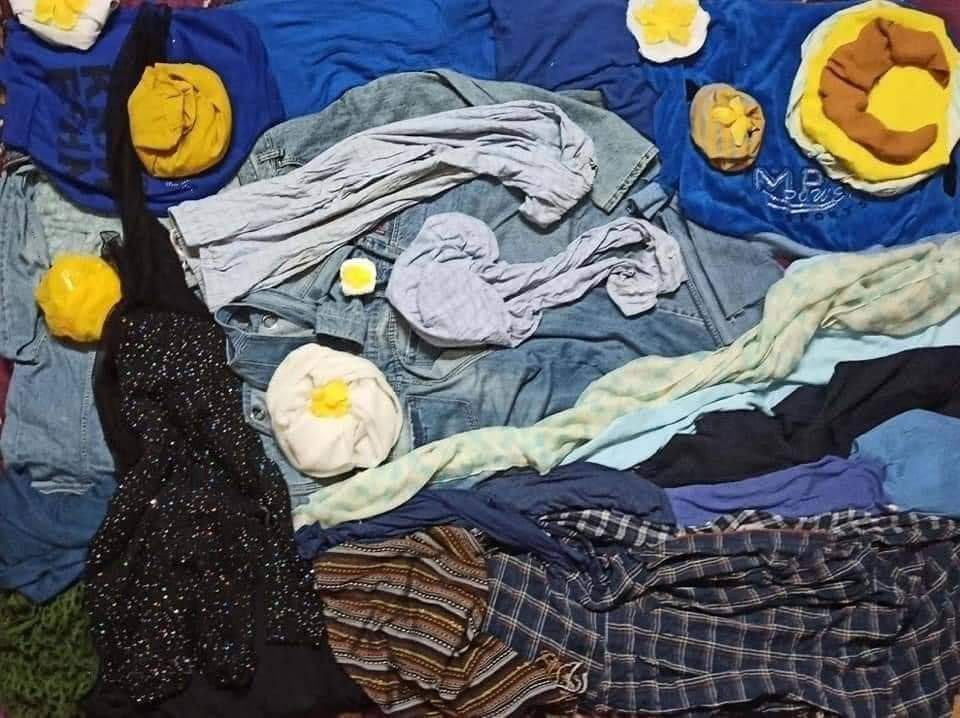